Three thousand years ago times were good in the land of Israel. A wise leader named Solomon sat on the throne and under his authority the nation enjoyed unprecedented prosperity sustained by imperial control over a region extending from the Euphrates nearly to the Nile River. At this height of empire King Solomon used his vast resources to begin gathering the wisest sayings of great sages from ages past in order to preserve them forever in print.

Four hundred years later the Kingdom Solomon ruled had fallen apart. Prosperity was replaced by poverty, military power had been overcome and the country subjected to foreign domination and the deportation of its leading citizens. Despair gripped the nation. Needing to find a way to deal with the catastrophe that had befallen them, the people of that time found the advice they needed in those wise sayings King Solomon had collected four hundred years earlier.

Today we live in a time like theirs. Not so long ago we felt secure in a time of rising prosperity and comparative social peace. Then it all collapsed under a spreading pandemic that created economic dislocations and political unrest. Suddenly faced with the fragility of life and a threat to all the institutions that hold our lives together we, like ancient Israel, find ourselves looking for ways to deal with the catastrophe that has befallen us.

For much of my life I have studied and written about those wise sayings Solomon collected so many thousands of years ago. I believe the sayings that helped Israel long ago provide a plan of action in the face of disaster can lead us through and out of the crisis we face today. In these blogs I will be focusing each week on specific sayings from Solomon’s Book of Proverbs that provide clues to what we need to know and do right now in the era of covid to restore happiness, security and prosperity. Solomon’s wisdom helped Israel long ago. Can it help you now? Join me every week at this site and we will find out together. 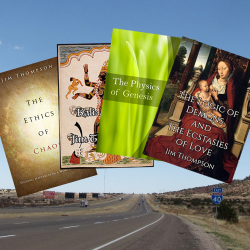